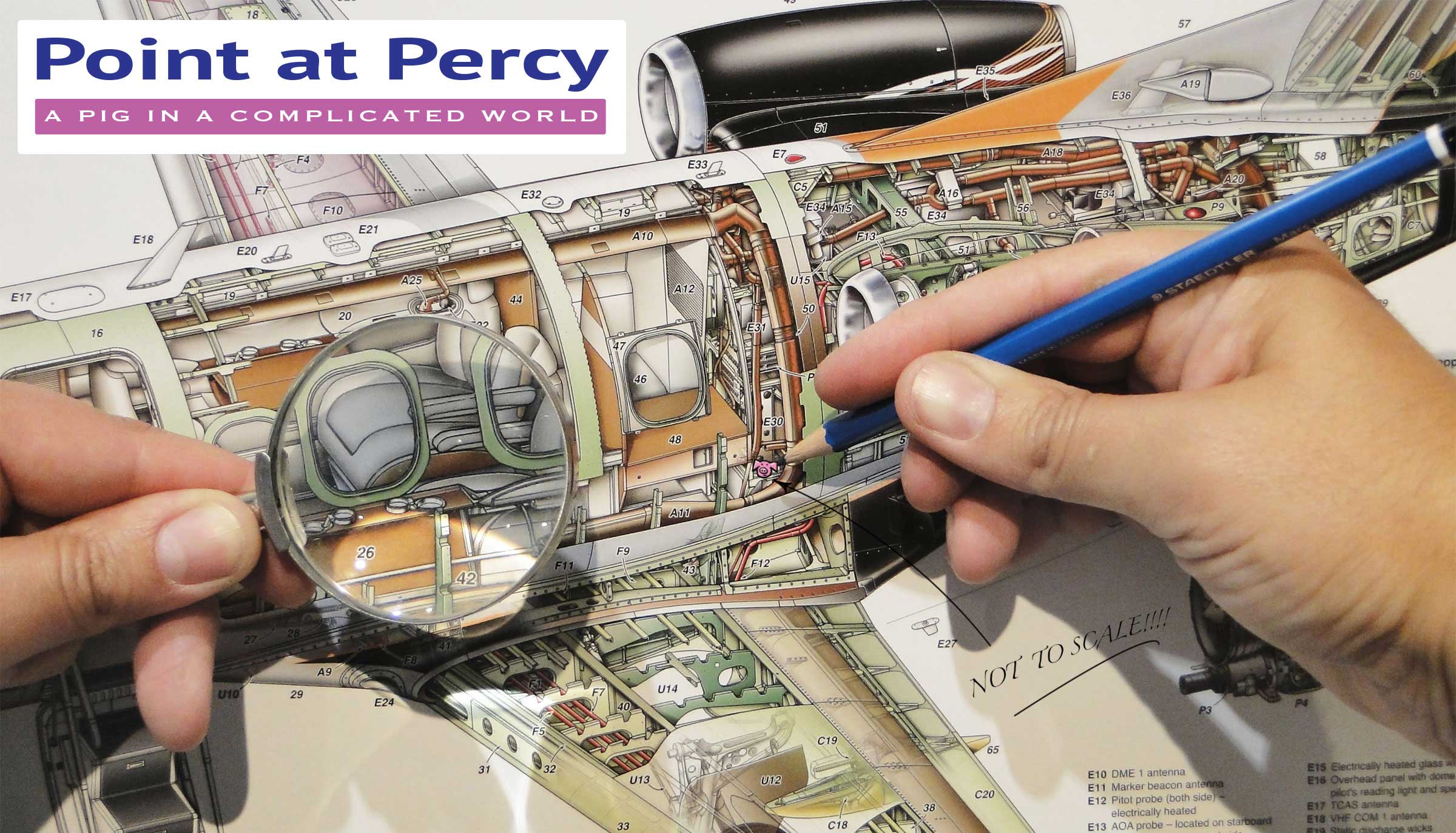 During the spring of 1997 I visited Lockheed Martin in Marietta, Georgia, to draw the F/A-22A “Raptor” for Flight – See “Raptor” visit notes in the Cutaway gallery. Suffice to say that due to the high levels of security clearance associated with that specific aircraft, I was not allowed to remove data or take photos for the cutaway.

Instead, a special arrangement was secured with LMCO and the USAF, which allowed me to work on location at the factory for almost a month, while I produced the pencil drawing of the cutaway.

When I opened my equipment case on the first day I found a small pig had stowed away with my pencils, an incident which I believe my wife had something to do with, but this has never been confirmed.

Anyway, the pig sat on my drawing board through the whole visit and regularly drew the attention of Lockheed staff. One afternoon while working on the nose landing gear, I penciled in the landing light and applied two flicks of detail for the filaments inside the bulb and I was instantly struck by the fact that the bulb looked like a pigs snout. Before I knew what I was doing, I had applied eyes and ears – thus Percy the pig was born.

From that day forwards Percy has appeared, in one form or another, in almost all of my cutaways. This was relatively easy for him to achieve in the B+W cutaways, as the nature of those ink drawings, with their shadows and hatching provided many corners for Percy to root around in, but with the change over to color cutaways it was a little more difficult for Percy to hide. At first, he would disguise himself amongst the equipment and fittings, or try to impersonate components, like the fuel flapper valves in the Global Hawk.

Once word got out that there was a pig hidden in each of my cutaway drawings, there was no going back, as nothing fires the mind of an aeronautical engineer more than a good challenge. At first, I received emails from the engineers that I had worked with during factory visits to collect data for the cutaways. These communications would usually say something like: “….. I’ve found Percy, I think? Is he next to key item F23?” or “…… is he hiding under the pilot’s seat?” Then a strange thing happened, I started to receive emails from total strangers in the aerospace industry, saying such things as: “Hi, you don’t know me, but I’m a job-shopper (a contract engineer) working for Bombardier or Boeing, etc., and I’ve been told that you hide a pig in each of your cutaways, it that true?”

Basking in such limelight, Percy gradually became more confident and evermore pink. He even made a real-life (3D) appearance with my young daughter in the 2005 Airbus A380 cutaway. Because of this, when I now visit a manufacture, I usually get: “You’re the guy who hides the pig in the drawing, right?”

These days Percy the pig can be found hiding just about anywhere in my cutaways and even some real aircraft! He also makes the odd appearances at the major airshows, when manufacturers use my cutaways. In fact, I’ve just seen him at the Paris 2017 Airshow!

So, if you have one of my cutaways at your company, or hanging on the wall of your office, and you’re up for a challenge, why not see if you can point at Percy? However, do be warned, my sister once spent several days search one of the cutaway posters, before giving up in disgust! What can I say, she has no patience!

If you do have one of my cutaways on your office wall, or you’ve managed to find Percy the pig, please do post a photo to my Facebook page. Enjoy! 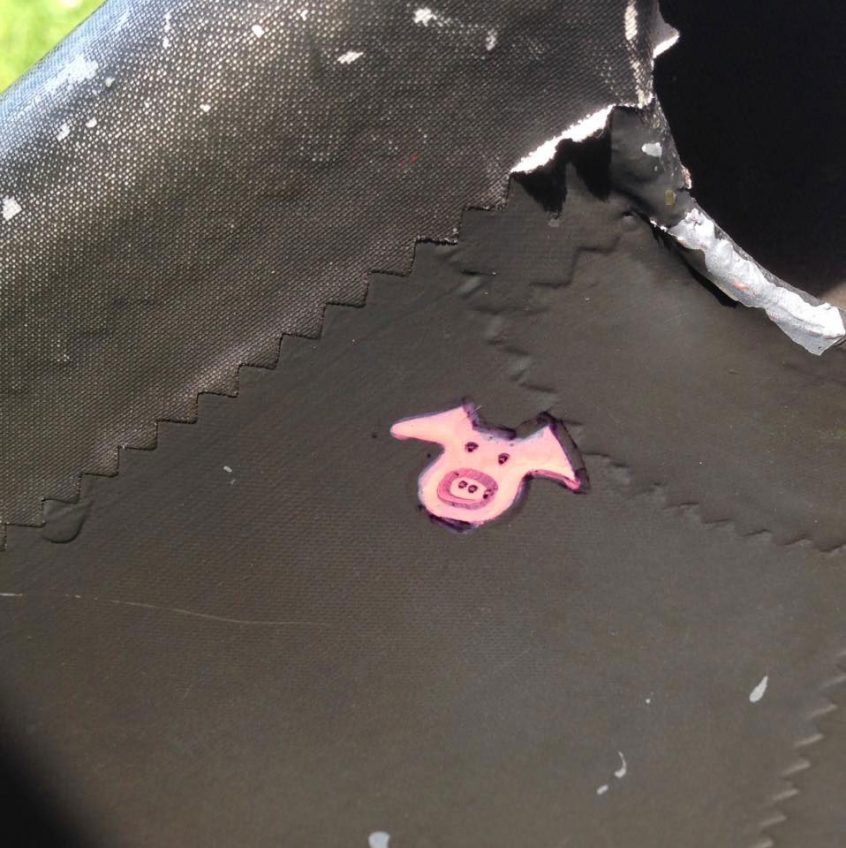 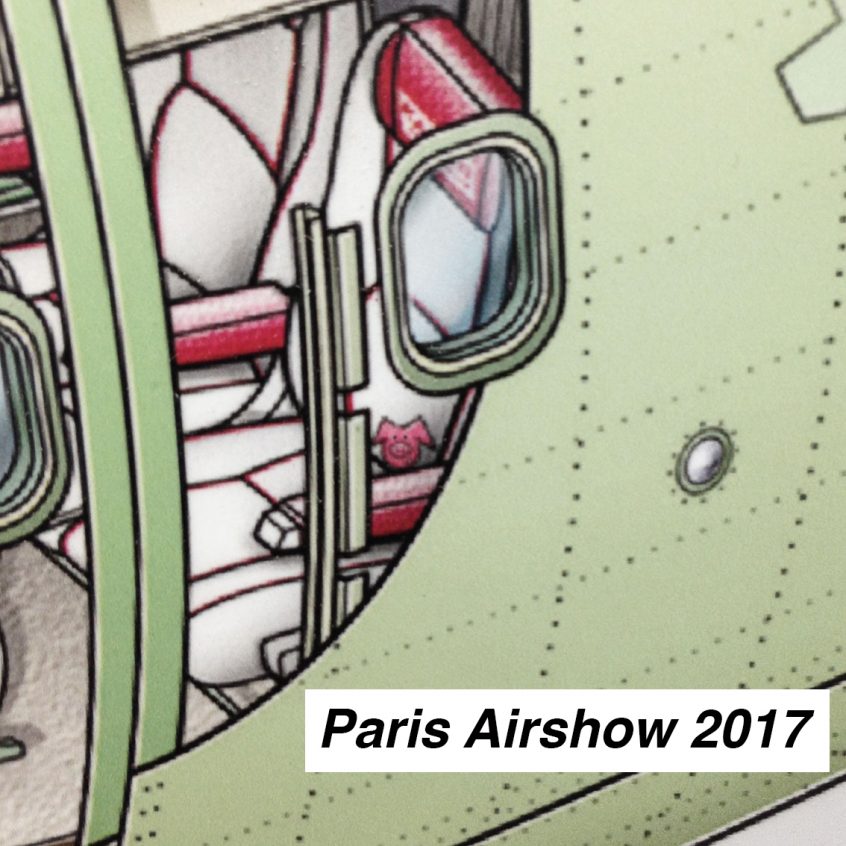 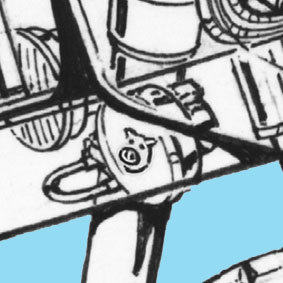 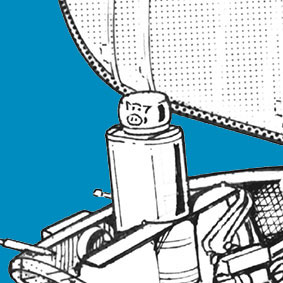 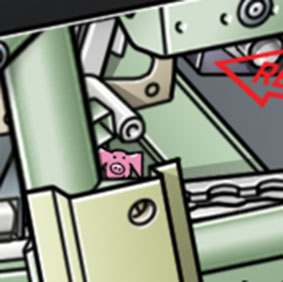 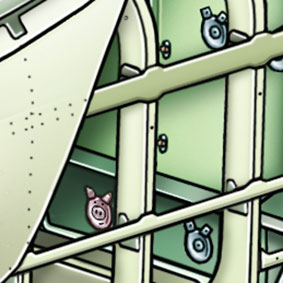 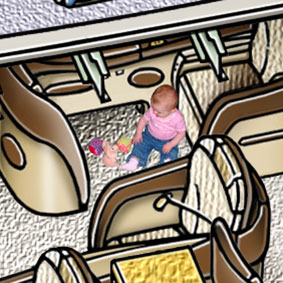 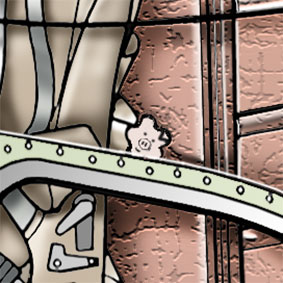